I found out my friend Bill Walpole died today.

What I loved about Bill Walpole is that I could say pretty much anything to him. I spent ten minutes one evening at the Double Door explaining to Bill in a callous and tasteless way why Wendell Black was behaving strangely that night. He said to me, "You ain't right." I took it as the compliment it was.

The photo below was taken at the Double Door in December 2004. It's my favorite photo that I took of him because he wasn't out front much. Bill only had one vocal part during the Federal Bureau of Rock and Roll reunion shows. After the line, "The shit has hit the fan" during the song Lawyers, Guns and Money, Bill would step up to the microphone and holler, "Hell, yeah!" I tried to catch that moment several times and I got it this once.

He was also a great musician. He played an amazing slide guitar. Lenny Federal said he liked playing with Bill because, "Bill listens." Rob Tavaliogne once described Bill's playing by saying that Bill invented chords, meaning that Bill knew how to insert himself into the middle of a song and not distract from but add to it. The word genius gets tossed around easily but it applies to his playing.

I'm trying not to feel too sad because I was lucky to spend the little time I did around him. I think anyone who ever had a private moment with Bill is feeling that right now. He was just fun and he probably enjoyed laughing more than anyone I have ever met. In 1998 when Christopher McComb, Wendell and I traveled to Cleveland to see R.L. Burnisde, I had a chance to talk to Bob Log III, who was touring with Burnside. He said that Burnside had several phrases and jokes that he would say over and over again and they would get funnier the more he said them. Bill was like that. He loved to yell, "Woah! Woah! Woah!" while someone was backing up their car. When they slammed on their brakes in a panic he would laugh and laugh. And it got funnier every time he did it. You waited for it.

Everybody that knew him has a story to tell and if you live on through stories then Bill will have a rich afterlife. 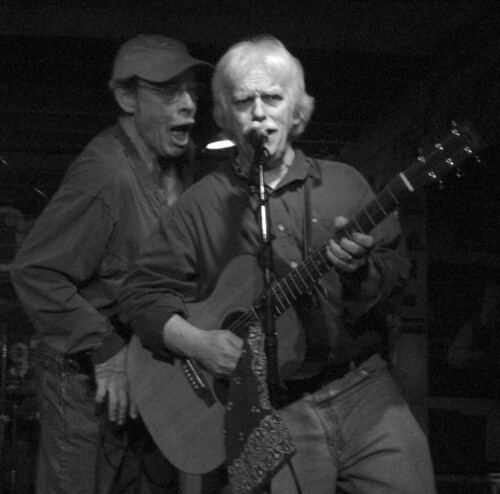