I go to a Trump Rally

Actually, the title is a lie. I didn't go to the rally. I stood out front of the entrance to see what I could see. I had a ticket to see Trump talk but I decided to go home and have dinner instead. This is what I saw.

Protesters chanting. The Black Lives Matter people were smart. They did not engage the Trump supporters who yelled at them. It was curious to see the reaction of Trump supporters toward the BLM protesters. The Trump people got way too angry. I witnessed one woman screaming, "You motherfuckers!" at the protesters. The protesters were doing nothing to warrant the level of anger displayed by the Trump supporters. I even heard one woman ask a friend of hers, "How many of them do you think are paid to be here?" One person yelled at the protesters that they should get a job. They bring their assumptions with them, I suppose.

The attitude of the Trump protesters disappointed me. Here we had young people expressing an opinion. Doing so while under the protection of the same Constitution the Trump people express devotion to. Trump supporters are so devoted to it that I saw several people wearing clothing that expressed an allegiance to the document. Why then, if you are so devoted to the words of the Constitution, would you direct derision and profanities toward people are utilizing the same freedoms you profess to believe in? You would think if you truly believed in the words of that document you would appreciate what these young people were doing. In my opinion, if all you are capable of doing in this situation is shaking your ass at these kids or yelling profanities then any declaration of support for our Constitution on your part is bullshit. 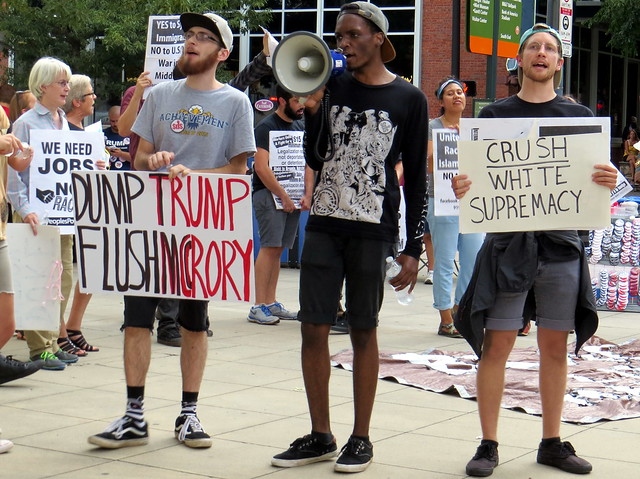 This gentleman walked around with this sign. One woman got really mad at him because he wouldn't talk to her. 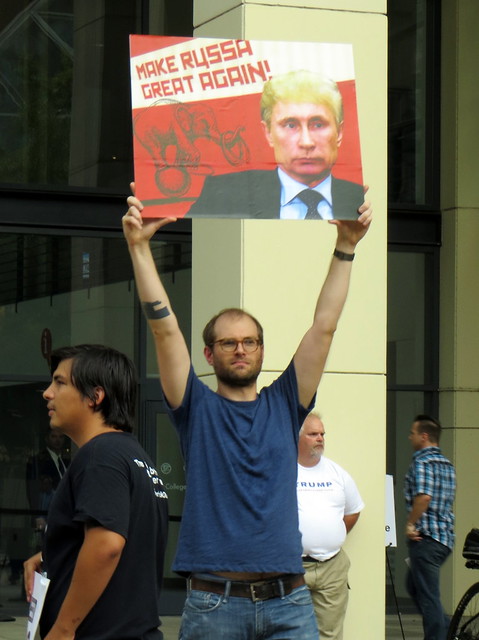 This is one of the guys who got way too angry. He was making obscene gestures and shaking his ass at the protesters. It was not as sexy as it sounds. 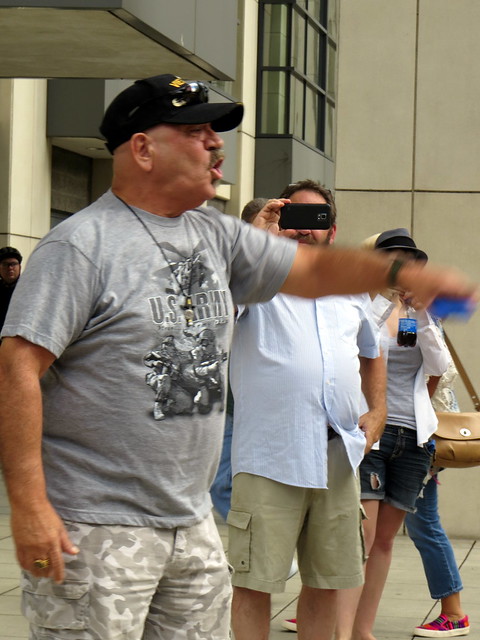 And then this guy showed up. His hat says, "Deputy." The top he's wearing has lettering on the back that reads, "Constitution Enforcement Special Victims Unit." Honest. Judging by how he was sizing up the BLM protesters he seemed miffed that the Constitution allowed those damn kids to protest. 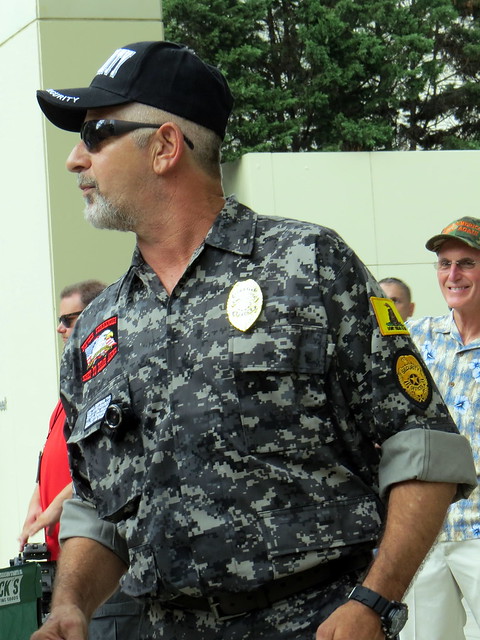 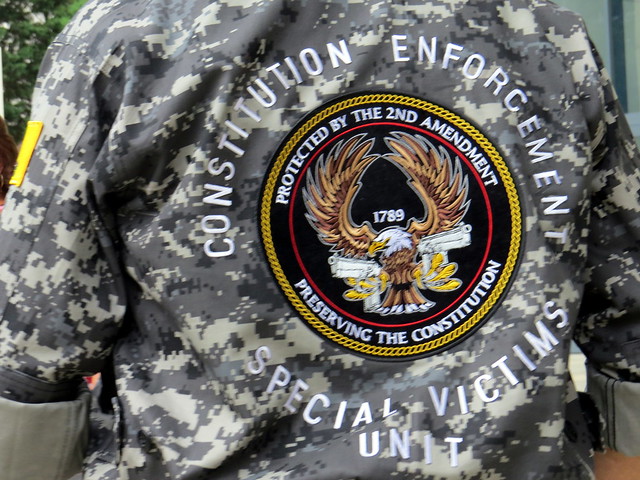 These guys were fun. 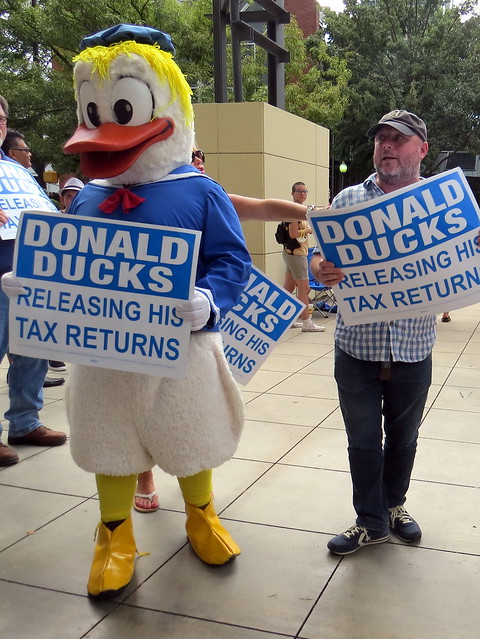 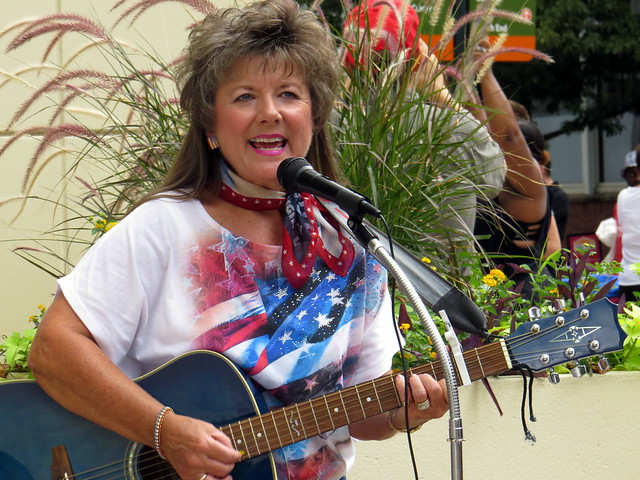 After about 30 minutes the BLM guys moved across the street. 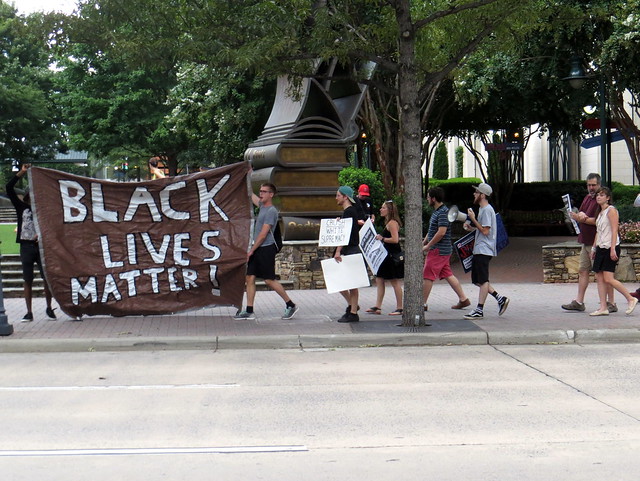 Hey ladies, he's single! I don't know for sure, I am assuming. 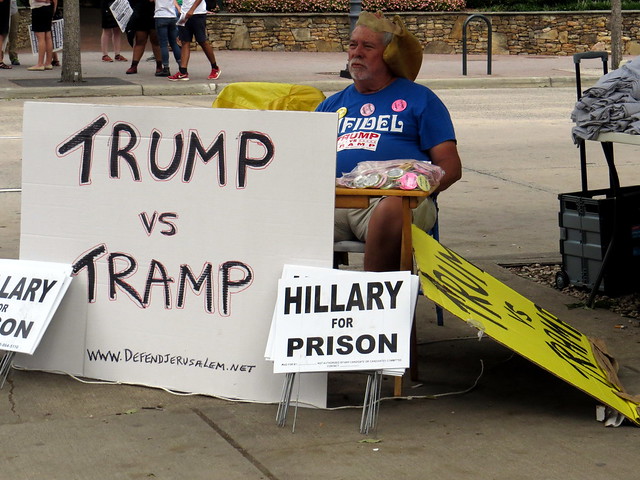 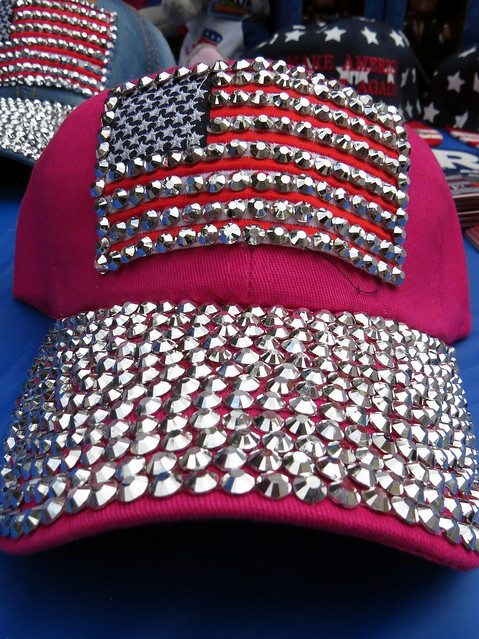 Definitely the most offensive souvenir for sale. 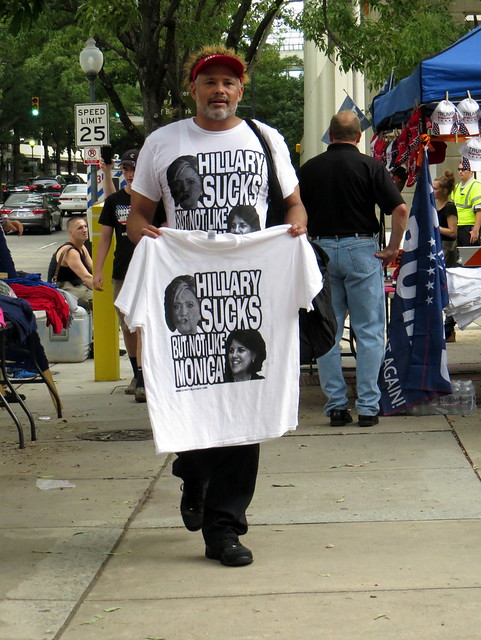 This is the woman who was furious that the protesters would not engage her. This gentleman decided to hear her out. After a good twenty minutes of nonstop gobbledygook from her I am sure he regretted deciding she needed to be heard. I imagined him going home and going straight to bed and swearing off politics forever. Nothing is worth what he went through. 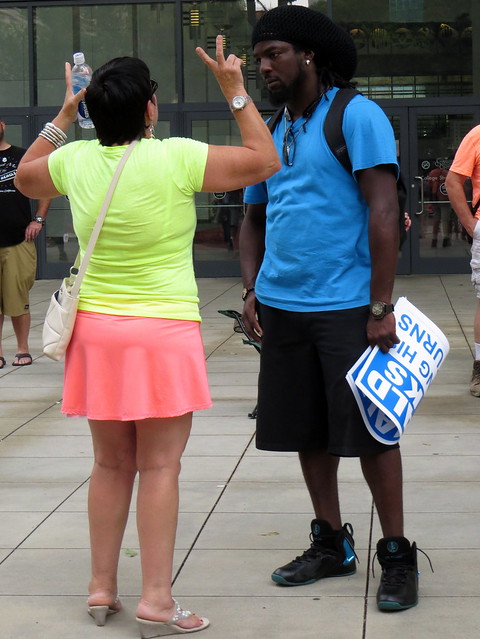 Police were everywhere. They were bored. 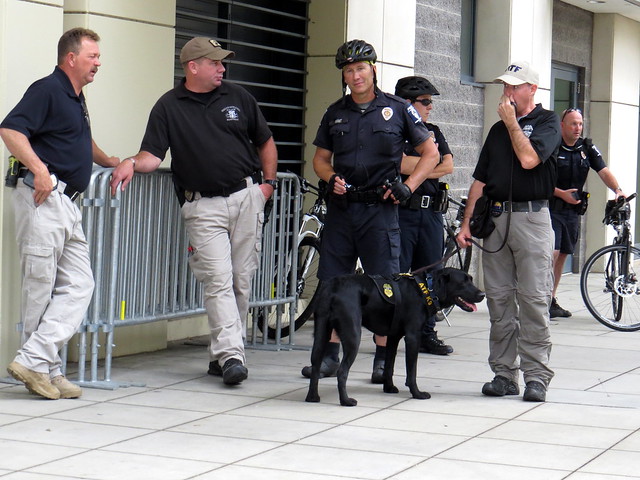 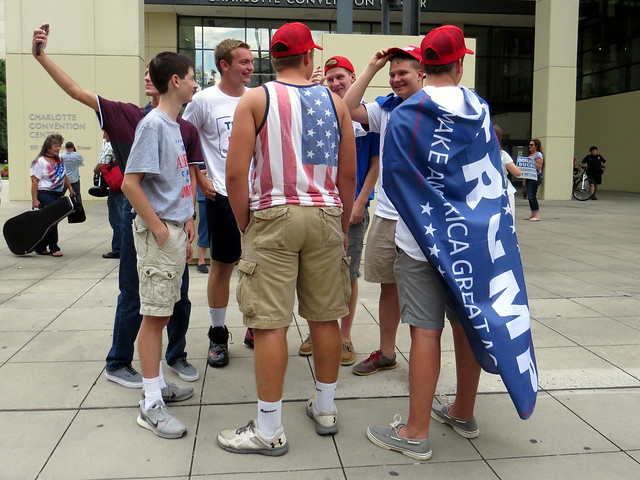 On the way back to my car I passed this group of teenagers who were promoting their Bump up the Trump (BUTT) project. I think it may be a music project. Or maybe they were just having fun, I'm not sure. I guess I could have asked. The Twitter handle they were using doesn't exist. They made my day. 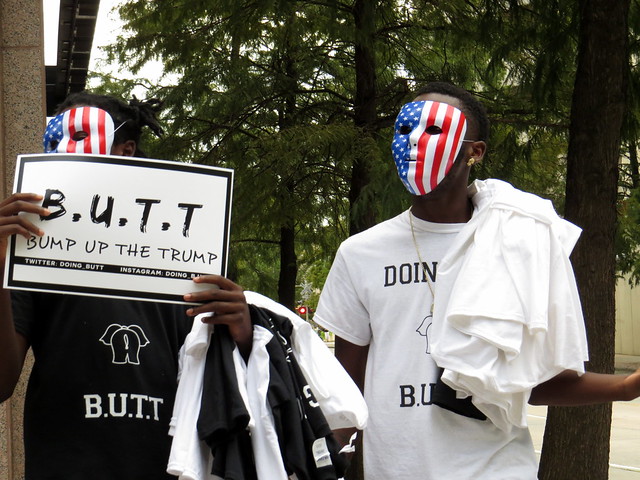 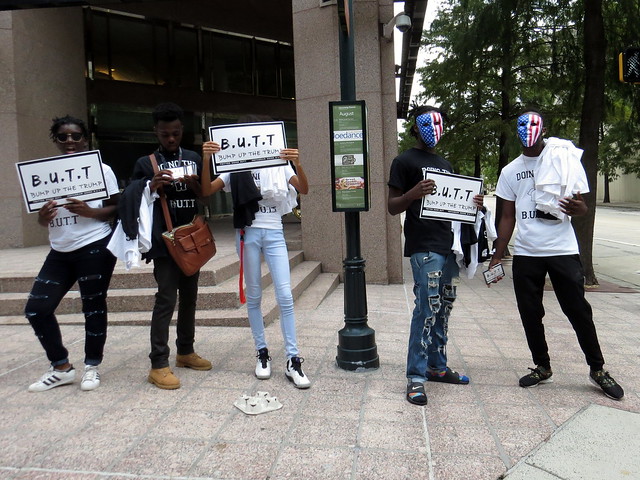 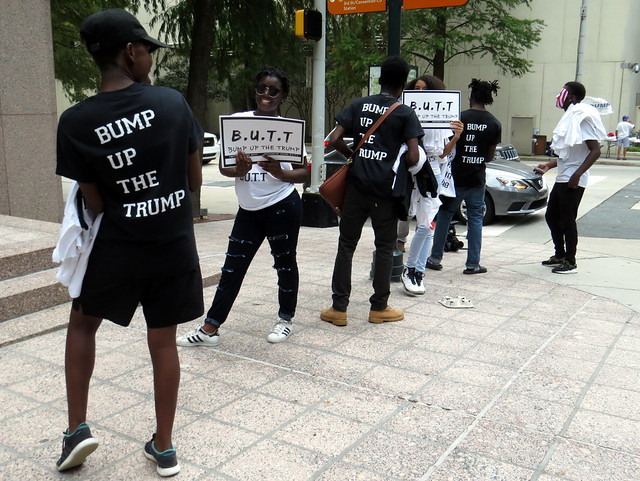