A Trip to Comerica Park

Several months ago I made plans to visit my family in Michigan in early October. I don't get up there a lot so when I do I try to arrange my trips so I can experience different seasons. This time I went up in early October. I hadn't been in Michigan in October since October of 1985. A couple of weeks before my trip the Tigers clinched their divisional title. On a whim I visited the team's website and checked on tickets for the first home game of the series that was to be played on October 8th. Tickets must have gone on sale that morning because all the best seats were still available. I knew if I snatched up two tickets my dad would be willing to go so I did just that.

My dad has a second house in Lewiston, MI and he suggested we stay there the night before the game because that would put us thirty minutes closer to Detroit. Sounded reasonable to me so we did that. That evening I had an amazing cheeseburger at Talley's Log Cabin Bar and a few Jack and Cokes. Why Jack and Coke? Because that part of Michigan appears not to know that there are beers in this world not made by Anheuser Busch or Miller. I think their motto is "If it's not piss yellow we won't serve it to a fellow."

The game started at 1 pm so we awoke at 6am, had breakfast and we were on the road by 7:30. We made good time and when we got into the city I had my directions ready to go. We were going to get off I-75 about a mile north of the ballpark and take surface roads to an area with parking lots that I thought would work. We got into the right lane a little early and...it ran out on us and before dad could switch lanes we were exiting onto another freeway that was going west rather than south. Uh oh. I told dad to take the next exit and we ended up on another freeway going north. We took that first exit which dumped us onto a surface street. We parked in some anonymous parking lot for an old office building. I grabbed my phone, found where we were and, praise Jebus, we were just a few blocks from the road I was shooting for. We were too far north but we could get there easily and follow the road south to the parking area. We did that and were sitting in our seats by noon.

When the Tigers moved from Tiger Stadium to Comerica Park I was one of those guys who pissed and moaned about the move. After visiting Comerica Park for the first time I can say I was wrong. Comerica Park is an amazing facility. Tiger stadium had the history and a certain atmosphere but as a destination it wasn't that great. Comerica Park offers great views for the fan there to see the game and only the game and it also offers an experience for the casual fan. It does that while pleasing both and not short changing either. That can't be easy to achieve.

Miguel Cabrera rounding first base after hitting a single. You can see Verlander with his arms draped over the dugout railing. I love how he is an active cheerleader when he is not pitching 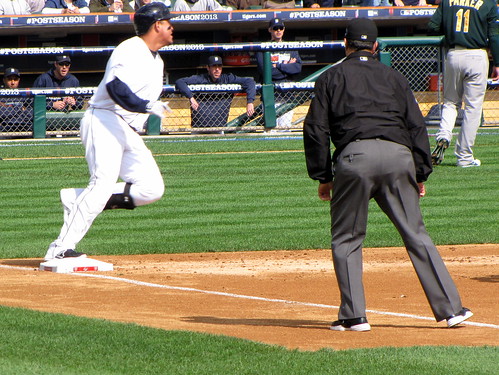 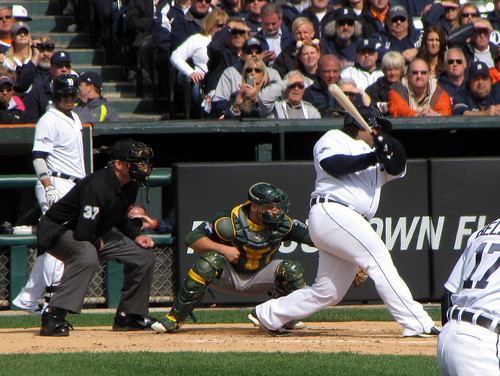 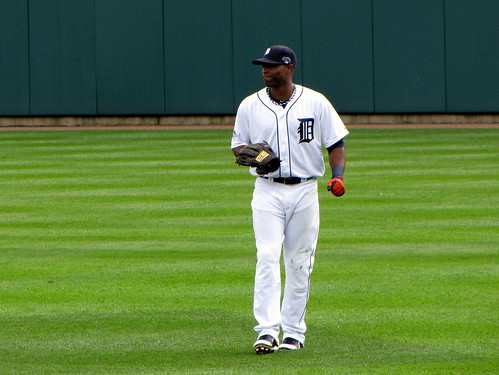 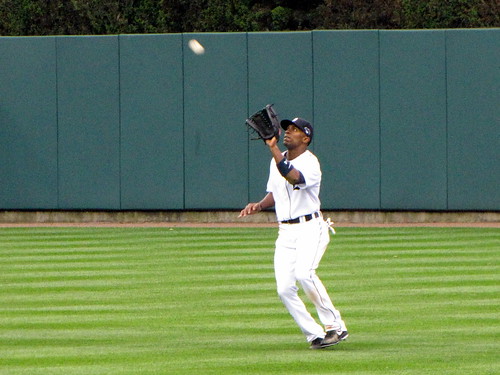 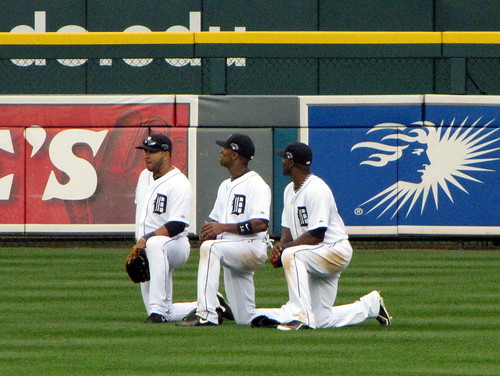 Prince Fielder at first base 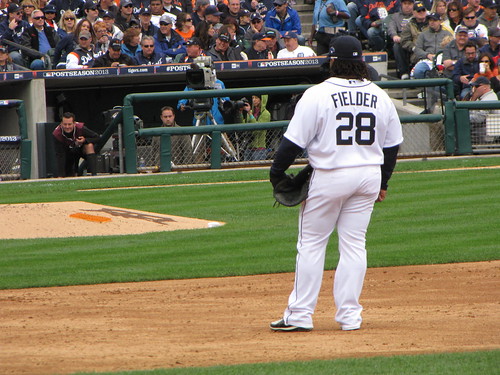 My dad reading an inscription on one of the statues 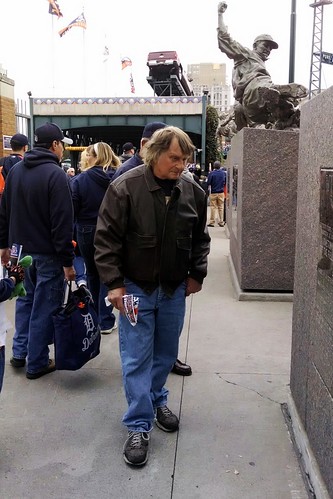 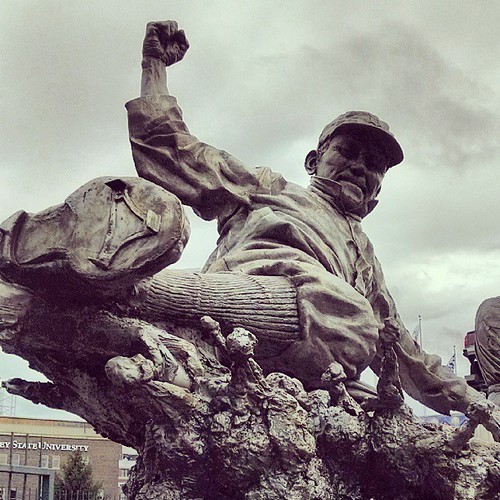 A panoramic view from our seats